As Halloween approaches, we have to start thinking of ways to best celebrate this year’s unique and festive, costume-filled day. For many, Halloween is the favorite holiday of the year, and not without good reason too! Halloween certainly has some special significance, and it is just sort of a holiday that everyone can enjoy, no matter who they are or what they are all about. This holiday does not have to have religious significance, and it can be enjoyed by both young and old alike.

Fake money is totally legal, and totally fun. Fake paper bills can be used as decorations for your Halloween bash, they can be used as party favors, and they can be used even to give out to trick or treaters! What a great, cool gift! Instead of candy, why not give kids something that will not be unhealthy for them and will be super cool instead? Better to have kids walking around feeling like high rollers with some cool fake bills in their candy bag than just a bunch of candy.

These are just a few of our favorite Halloween bills here at Fake Million. We have many others!

At Fake Million, our goal is to offer as many bills to our customers as possible. Fake Million has an inventory of literally hundreds of different types of fake money and novelty money. These types of bills and paper money are fun and cool and well made. The pictures and designs on them are clear and well printed, and the overall appearance of them is high in quality. Best of all, each fake bill is only a buck!

At Fake Million, you can get all of your shopping done in one place. Want to get some fake bills that will work for Halloween but some more bills that will work for Christmas gifts? Fake Million is a great place to get all of these! Novelty money also makes great office gifts too, as you can get a lot of them and give one to each co-worker without having to spend a lot of money on it.

Shopping for different types of bills at Fake Million is easy to do. We have organized all of our bills into different categories for your ease of shopping. Our goal has been to make sure we have something for everyone. We have categories like:

At Fake Million, there truly is something for everyone! Shop Fake Million and learn why novelty money is the new and interesting way to celebrate Halloween and any other holiday! 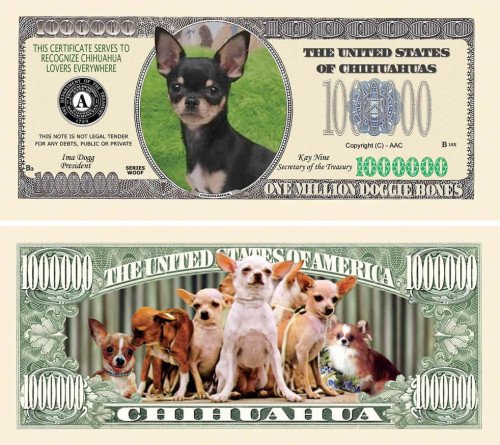